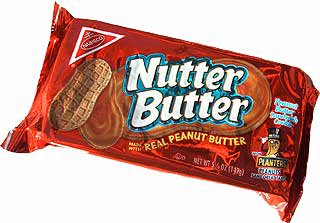 I know this story is about a year old, but it cracks me up everytime I read it. A sixth grader in New Jersey was suspended for a month for allegedly threatening his teacher with a Nutter Butter. The incident happened when the teacher was out of the classroom. Jules Gabriel stood up in front of the class and said something about the Nutter Butter being "dangerous" and that it would protect him from detention.

I am guessing he had a whole box of Nutter Butter, because lets face it a simple snack pak of a Nutter Butter doesn't seem that imposing. I mean if you had a cache of Nutter Butters that is one thing, but a small, concealed snack pak should not pose a threat.

Has the world lost it's collective mind? The school superintendent said at the time "the boy has shown no remorse." No remorse, are you kidding me? Jules probably hadn't stopped laughing by then. The superintendent went on to say they were worried about the teacher's "welfare."

As a follow up to the story, Jules Gabriel is a top student in his class and had never been in detention. One could guess (by having been through elementary school myself) that 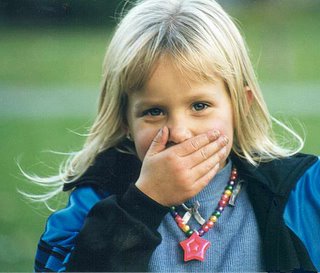 Jules may have been having a little fun. I mean if he was waving a gun, mace, a knife, a box cutter, rope, or a can of agent orange above his head and threatening a teacher that would have been a serious matter.

I know school violence is a big deal, but when did we did we stop using common sense?

As a public service, I have included a picture to show the public what to do if someone threatens you with a loaded nutter butter snack pak...
Posted by Jeremie Jordan

Hi my name is Stacey and i KNo him personally...He is not a Bad kid but in fact very smart. I went to school with him in 6th grade and even now in high school. They were concerned about the teacher because she highly allergic to peanuts. i thought myself it was very funny. he did remain the rest of the school year at Maplewood Middle