Here's A Surprise: Another Friggin' Celebrity Spitting On America 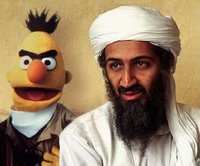 Have you ever wondered what the world of celebrities must be like? Where millions of dollars of easy money has completely distorted their view of the real world (you know, the one 99.9% of America actually live in). Well, here is a little insight into whacked out world of Kurt Vonnegut (pictured), author of the 1969 anti-war book, Slaughterhouse Five (with In A Word comments in yellow):

"Sweet and honourable" to die for what you believe in, and rejected the idea that terrorists were motivated by twisted religious beliefs. (Honorable, like a cowardly, suicide bomb killing hundreds of innocent people)

"They are dying for their own self-respect," he said. "It's a terrible thing to deprive someone of their self-respect. It's like your culture is nothing, your race is nothing, you're nothing." (Yes, nothing says respect like a cowardly, suicide bomb killing hundreds of innocent people)

"I regard them [terrorists] as very brave people, yes." (Brave, as a cowardly, suicide bomber killing innocent people)

"You would know death is going to be painless, so the anticipation - it must be an amazing high." (Yeah, Kurt you know all about getting high...one too many LCD tablets in the 60s?)

He was widely criticized for saying there was too much talk about the 9/11 attacks and not enough about "the crooks on Wall Street and in big corporations", whose conduct had been more destructive. (I mean really people, it was just a few thousand people in a NYC. Can we get back to the things that really matter...you know money and buying more of my books.)

So I have a special message from the down to earth, middle America to Kurt Vonnegut: Fuck You! Why don't you go cuddle with the nice terrorists in Middle East and see if you wake up in the morning with a head.