The Question Is: Was The Building Big Enough For Their Egos? 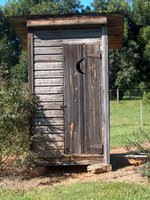 Carpetbagger Harkin (D-IA) was unsuccessful in his attempt to get his name on a building (pictured) this week. The amendment was offered by Sen. Daniel Inouye, D-Hawaii, however the Drudge Report believes Harkin was behind the amendment.

Ironically, the building wasn't even in Iowa. Of course, Iowans probably don't even know who Harkin is, he certainly isn't in the state very often. Harkin typically shows up when other politicians are campaigning in the state.

In A Word Political Insider has it from an unreliable, unconfirmed source that Harkin was visibly shaken after he received word of the failed vote. Harkin was seen slamming doors in his D.C. office and muttering something about "how much damn pork do you have to push through Congress until someone names a friggin' building after you?"
Posted by Jeremie Jordan