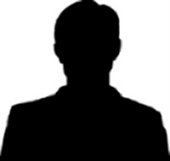 The In A Word Political Insider has uncovered a chilling revelation concerning the Maryland Senate race in which one of the candidates is Michael Steele. In A Word P.I. has unreliable information from an unconfirmed source that Michael Steele (pictured) is, in fact, black and a Republican. Of course, the news of a black Republican has sent Democrats reeling to the point where they have forgotten the good manners of political correctness.

Being black and a Republican has made it so Mr. Steele has had to endure Oreo cookies being thrown at him during debates. Oreo cookies? I mean lets not confuse the issues or anything. Oreo cookies have always represented anti-Iraqi war sentiment, women's rights...and...and...other things the Democratic Party stands for that they haven't articulated lately to the voters.

I have found the Oreo cookie to be the perfect symbol of everything the Democrats stand for. And frankly, why not bring them to a debate with a black Republican? The Oreo is the perfect blend of cream filling sandwiched between two delightful chocolate cookies.

Oh wait, In A Word P.I. has just received word that Oreos are sometimes used to describe a black individual who has "sold out" to the "white man or otherwise derogatorily known as "Uncle Tom." This can't be! Democrats stooping to such a level? No, no, I am sure they took Oreos to the debate to expound on the greatness of the cookie and how the cookie can help America achieve greatness.

Maybe we should give the Democrats the benefit of the doubt? I am sure they didn't mean to use racial terms in such a negative way.
Posted by Jeremie Jordan

Where did you get your information for this?

The link is no longer there I guess. Go to Washington Post and search Micheal Steele.