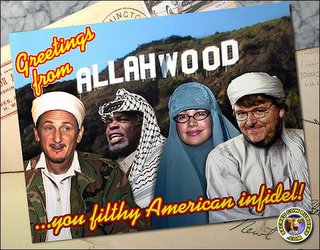 !!Breaking News!! -- Live, from the fictional reality of America's Celebrities

Yet another liberal, celebrity Democrat has denounced the war in Iraq and the Bush administration. Ted Turner stated yesterday at Kansas State University, "you have to question ... the president on a lot of decisions he's made," Turner said. "He might just think launching those weapons [nuclear warheads] would be a good thing to do. ... He thought Iraq was."

However, the speech was not perfect, as Mr. Turner was penalized style points for making a bad sports analogy. He said we are at a "critical juncture" and compared the situation to that of a baseball team down two runs in the seventh inning. Of course, this is the man who used to own the Atlanta Braves. The Braves are the baseball team that have won like 15 straight division championships, but only one World Series. Yeah, Ted, that is what America is looking for, the inability to finish the job and the constant label of not finishing what we started.

And finally, because you can't talk about Iraq without referencing Vietnam he threw in this worthless, moveon.org tag line: "You would think that we would have learned that [war is not the answer] in Vietnam," he said. No Ted we did learn and this time we won't cut and run. This time we will give our troops the resources and support they deserve. This time it won't be 14 years of bloodshed and 50,000 lost lives for a war we could have and should have won. This time we will finish the job. This time we will make sure those brave men and women who have died defending our way of life will not become just a failed footnote in history that future celebrities and politicians can use to grandstand on to promote their twisted ideology. 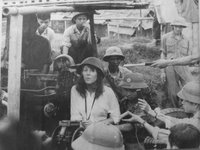 Of course, we shouldn't expect much from the man who was once married to Hanoi Jane.
Posted by Jeremie Jordan