Worried About Traffic Jams During Parades For Returing GIs, LA Times Columnist Urges America Not To Support Our Troops 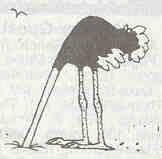 The bravest man in America today is Joel Stein [pictured]. He wrote an editorial piece for the Los Angeles Times in which he states he does not support our troops. And while the rage wells up inside me, I am struck by the sheer naivete of such a statement. Joel is enjoying his freedom of speech and expression while at the same time turning his back on the troops who fight to protect his freedom to be an opinionated pacifist.

As I see Joel, he is conflicted. Frayed by the fissures that are expanding in his ideological foundation. He is frustrated and feels powerless. Instead of focusing on his problems internally, he decides to attack everyone else. I have pulled a few quotes from Joel's article to illustrate my point:

"Besides, those little yellow ribbons aren't really for the troops [speaking about how Americans show support by placing magnets on their cars]. The real purpose of those ribbons is to ease some of the guilt we feel for voting to send them to war and then making absolutely no sacrifices other than enduring two Wolf Blitzer shows a day. "

The sarcasm is a nice touch, but a bit out of place. I would like the Joels and Cindy Sheehans of the world to stop speaking for me and the majority of the citizens in America. Don't tell me why I have a ribbon and certainly don't tell why I feel the way I do. As a pacifist, Joel, you could never understand the absolute blind faith and devotion I place on our troops. There is no higher calling, in my belief, than serving your country in the armed forces.

Joel goes on to say:

"I understand the guilt. We know we're sending recruits to do our dirty work, and we want to seem grateful."

It isn't a want to "seem" grateful, Joel. I truly am grateful. However, I am sure you do understand the guilt, Joel. Lets be honest, when you talk about guilt you certainly aren't speaking for me [even though you tired]. You are speaking about yourself. You must have a pretty bloated image of yourself to truly believe you know how the rest of nation feels about the war and the troops. Are you a poll whore, Joel? Are you the type of person who gets up and reads the daily polls and believes that a survey of 500 people actually conveys the true feelings of the 300,000,000 people living in the United States? Just so we are straight on this point, Joel, a poll only represents 0.0000000000000001% of the entire population in America. Not exactly conclusive is it?

Oh, nice dig with the Abramoff reference...way to stay on topic. The question that begs to be answered after a statement like that is: when it war O.K.? Was World War I, World War II, the Civil War, or hell even the American Revolution worth fighting? According to Joel you could add Kosovo to the list. Kosovo? Don't get me wrong here, I was for action in Kosovo, but I am here to tell if it was right to fight in Kosovo then it was sure as hell fine to remove Saddam Hussein from power. Genocide is genocide, Joel, and wrong no matter where is occurs. I guess if you want to judge the war in Iraq merely on the issue of WMDs, then I suppose there is an argument that it is actually the wrong war to be fighting. I, on the other hand, never cared whether we actually found the WMDs, it was completely besides the point for me. In fact, if you take all the political posturing and rhetoric out of the current war debate, the merits of waging war in Iraq actually rank pretty high among the all the wars America has fought.

As the article continues, Joel's position and train of thought begin to unravel as he is unable to make a clear argument. As a defense to his position he starts to add more and more sarcasm.

"But when you volunteer for the U.S. military, you pretty much know you're not going to be fending off invasions from Mexico and Canada. So you're willingly signing up to be a fighting tool of American imperialism, for better or worse.

"I do sympathize with people who joined up to protect our country, especially after 9/11, and were tricked into fighting in Iraq. I get mad when I'm tricked into clicking on a pop-up ad, so I can only imagine how they feel."

Did I miss something? Um, last time I checked our troops were making compassionate pleas to lawmakers to allow them to finish the job in Iraq. We have a very proud armed forces, Joel, and don't for one second believe the lessons of Vietnam are lost on them. If you want to doubt the reasons for being in Iraq; feel free. However, do not take your anti-war stance and project that onto our soldiers. You have absolutely no right to make those assumptions.

As I finish this post, let me say this, I appreciate your candor Mr. Stein. You finally vocalized how the left actually feels, but was too sacred to publicly say it.
Posted by Jeremie Jordan