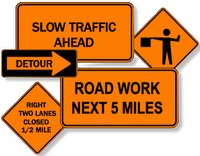 I did very little blogging this week, so I makes absolute sense that I would put an Iowa Road Trip post up on Friday. See, this kind of post allows me to send, you the reader, to blogs that said things this week that I was too blocked to write [perhaps "blocked is the wrong word?]. I will admit, sometimes it is a curse to be surrounded by great blogs. While I enjoy getting inspiration from their sites, I find myself constantly striving not to rehash what they have already said. So, that coupled with the fact I still have warm fuzzy feelings leftover from Christmas that are making my sarcasm and cynicism only operate on half strength, equals fewer posts this week.

Today's road trip will be quick and only cover two cites. Enjoy.

While I usually support State 29's positions on most issues, I unfortunately take issue with their harsh criticism of a Des Moines Register's Young Adult Contributor.

"...what kind of a dipshit wants First Amendment rights for hate groups like the KKK?"

I agree, in theory, with State 29's belief that groups like the KKK should be silenced. However, I have a stronger belief in our Constitution. So, as much as I hate to admit this, I actually agree with Sasha Kemmett (from the liberal breeding ground of Ames no less) over State 29. As long as the KKK protests are free from violence, my stance [as supported by the Constitution] is that the KKK has as much right to protest as Cindy Sheehan.

State 29's assessment of the newest Powerball winner was nice and snarky; just the way I like my sarcasm served up.

"Enjoy your riches, asshole. You certainly don't deserve them. And you better pay your creditors back like you promised, ya bum."

Homercles: Space Monkey -- "Remember When I Used To Post On Weighty Matters That Affect Us All?

While this is simply a post to grant Homercles a reason to post a picture of Kristanna Loken on his blog, he added one of greatest taglines to the picture:

"If life were a John Hughes movie, she'd like totally go the prom with me."

To which I add:

You wouldn't know my prom date, she lives in the "Niagara Falls area..."
Posted by Jeremie Jordan