Q: If Privacy Is Violated Before A Law Exists To Explain That Privacy Shouldn't Be Violated...Will Jimmy Carter Understand He's A Hypocrite? 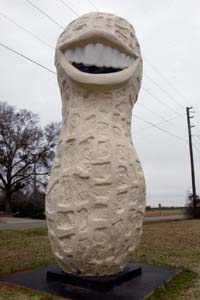 Just when I thought Jimmy Carter [pictured] was going to be a better ex-President than an actual President he demonstrates exactly why he was/is such an insignificant leader.

Last week a day before Coretta Scott King's funeral and we got this gem from Carter:

"Under the Bush administration, there's been a disgraceful and illegal decision -- we're not going to the let the judges or the Congress or anyone else know that we're spying on the American people," Mr. Carter said Monday in Nevada when his son Jack announced his Senate campaign.
"And no one knows how many innocent Americans have had their privacy violated under this secret act," he said. [notice he didn't squabble with insignificant details as to why his son would make a good senator. Just bash the Bush administration baby.]

And During his speech for the late Mrs. King:

Mr. Carter evoked a comparison to the Bush policy when referring to the "secret government wiretapping" of civil rights leader Martin Luther King.

However, Mr. Carter approved a wiretap used in the conviction of two men, Truong Dinh Hung and Ronald Louis Humphre, on espionage charges stemming from their involvement with Vietnam. Of course, this was about a year before the FSA program was created by congress in 1979.

I guess Carter doesn't consider himself a hypocrite because in his mind he wasn't "violating the privacy of Americans," because the law didn't exist yet to tell him that.

As the polls continue to rise in favor of the Bush terrorist surveillance program, the Democrats continue to show us why they can't be trusted with national security.

However, they can sure tell you what the hell it is wrong with it...
Posted by Jeremie Jordan