Hillary Clinton Shoots Off Her Mouth...The NRA Uses It As An Example Of Why Liberal Senators Should Be Banned 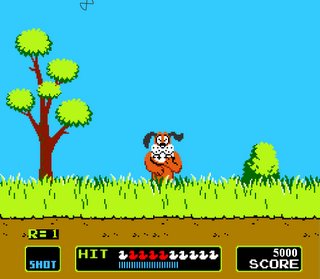 The Vice President of the United States shoots a man during a hunting trip [pictured]. This is a sad and unfortunate event. While the incident is worth a careful investigation by the local authorities; at this time it appears to be nothing more than an accident. What the shooting does not warrant is more grandstanding and fear pandering by the liberal left. Consider these asinine quotes and be sure to keep in mind who is saying them:

"A tendency of this administration -- from the top all the way to the bottom -- is to withhold information ... to refuse to be forthcoming about information that is of significance and relevance to the jobs that all of you do, and the interests of the American people," Hillary Clinton said.

The former first lady continued: "The refusal of this administration to level with the American people on matters large and small is very disturbing, because it goes counter to the way our constitutional democracy ... is supposed to work."

Are you kidding me? Is the failed presidential candidate, Hillary Clinton, talking about the Bush administration or her husband's? I can tell you right now, I am sick and tired of the "vast left wing conspiracy" being leveled at President Bush.

Does anyone in America besides the freakish left still believe or even listen to anything that comes out of Hillary Clinton's mouth? Did she take her quotes from a Republican during the Bill Clinton administration?

Where the hell is the moderate left on this issue? Why can't we get a metered response from someone in Democratic party that I could actually respect? Was Ted Kennedy too busy yesterday to comment on the Cheney hunting accident?

Well, if the Democrats have taught us anything about how "our constitutional democracy is supposed to work" Cheney can count on being the most revered liar in the world, cheat on his wife multiple times with no political fallout, then kill his said mistress by driving drunk into a lake, buy and sell shady land deals in Arkansas in which people later "commit" suicide over, serve as a Massachusetts Senator forever, and finally do absolutely nothing and be lauded as great leader.

Ah...the good life. All I ask of Dick Cheney is this: if you do follow the Democratic model for "how a constitutional democracy is suppose work,"...please...please... for the love of God, don't let your wife run for office as a US Senator.
Posted by Jeremie Jordan