Gonzaga Student Body Told To Go Back In The Closet 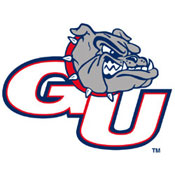 The student section at Gonzaga University has been asked to refrain from chanting "Brokeback Mountain" at opposing players during home basketball games.

Exhibit the creativeness? Hell, yelling something like "Brokeback Mountain" at opposing players is very creative. I am guessing student sections across the nation's other university are wishing they had come up with the chant first. It is offensive? Maybe. However, what is the intended message? Are the students of Gonzaga making a stand against homosexuality in America, or are they simply taking gamesmanship too far? I am guessing they are just being regular, old college kids pushing the envelop of clean humor. Their actions certainly didn't warrant this response from the gay club on campus:

Ryan Olson, the president of Helping Educate Regarding Orientation, a gay-straight alliance on campus, said the chants are just the latest incident that shows GU is struggling to make gays and lesbians welcome on campus. In a letter to the Bulletin [the student newspaper], the HERO membership wrote, "This is not even remotely the first time that Kennel Club chanters have chanted homophobic phrases at basketball games." "A lot of people in the Kennel Club say it wasn't them" that chanted "Brokeback Mountain," Olson said. "But there's something to be said about apathy as well. Students didn't stop people from saying it."

Apathy? How about growing a spine? I guess gay humor only O.K. when it is in a show like "Will & Grace" Are we to pass every homosexual joke past some gay humor review board? The more the gay community pushes America toward greater acceptance of their sexual lifestyle, the more push back they are going to get from society. How they handle the push back will greatly determine whether America decides to have greater acceptance.

I am guessing the Gonzaga students will bond together and eliminate the chant out of respect for the image of their school as they seem like a proud university. However, having the expectation that regular college students are suppose to rally to the defense of the gay community every time someone utters a derogatory comments is a pipe dream.

"Imagine yourself as a homosexual individual in the midst of your peers, classmates and friends during this 'Brokeback Mountain' cheer," senior Callie Monroe wrote. "I simply do not understand how a student body claiming to live by Jesuit principles of acceptance and respect for all can allow an incident like this to happen and remain silent."

Jesuit principles also don't call for men to bend each other over and do unnatural things, but apparently remaining silent on that issue is a principle that can be overlooked out of respect for political correctness.


*In A Word Side Note: Feel free to let your the flaming comments begin now [and yes I used the word "flaming" on purpose].
Posted by Jeremie Jordan