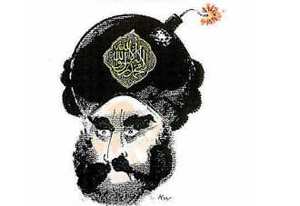 Pope Benedict XVI made a couple of passing remarks towards Islam and on cue the Muslim community is acting like he drew a cartoon picture of Mohammad. Without a doubt the biggest knee jerk reaction was from the Pakistani Foreign Ministry spokeswomen, Tasnim Aslam:

"Anyone who describes Islam as a religion as intolerant encourages violence," Tasnim Aslam said.

Just so you understand Aslam's statement: Islam is tolerant, so tolerant in fact that they are incited to violence by mere words in a speech. Flush a Koran down a toilet and people die. Draw a picture of Mohammad and people die.